The most popular cartoon characters 2021 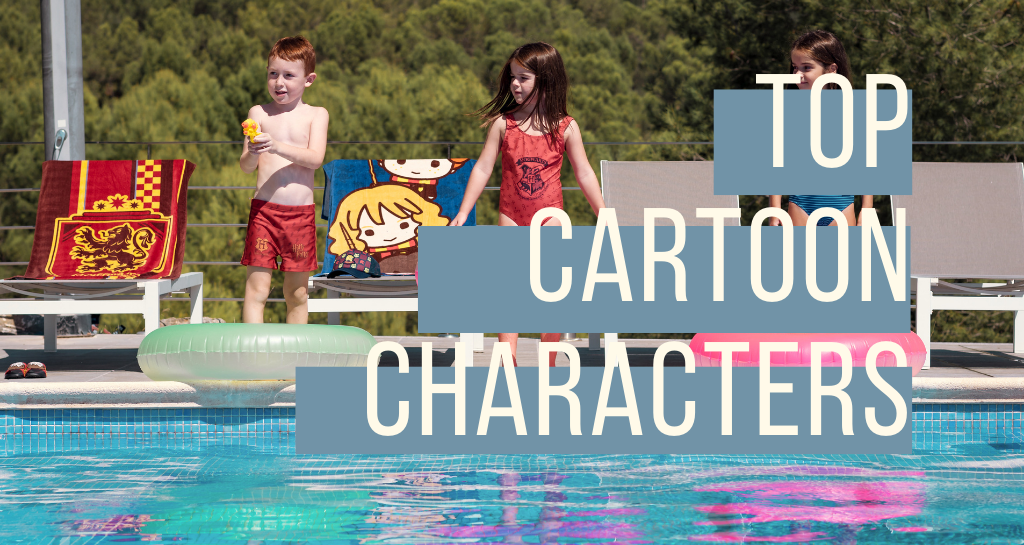 In February 2019, the trailer for the second part of one of the most successful Disney franchises was released. We are talking about Frozen 2 . Back in 2013, the movie attracted children and grown-ups equally thanks to its colorful animation, its lovable characters, its amazing story and the famous song “Let it go”, part of its original soundtrack performed by singer Idina Menzel. In just 24 hours, the trailer obtained over 116 million views in the official Facebook, Youtube, Twitter, and Instagram Disney platforms.

Both Frozen and Frozen 2 have been among the most successful children's films in recent years.

With the release of Frozen 2, the children could live again the adventures of Elsa, Anna, Kristoff, Sven, and Olaf when a new threat endangers the peace of Arendelle, and learn a little bit more about the origins of Queen Elsa.

L.O.L surprise is without question the number one doll set that we all talk about in 2021. According to the NDP Group, they were the best-selling set of dolls around the world. One of the best things about L.O.L Surprise is that you don’t know which doll you will get until you open up the egg where they are contained. That is the Surprise about it!

Spectators are eagerly waiting to enjoy the new adventures of the best-known bounty hunter in the galaxy so, while he reappears on our screens, from Cerdá we propose a wide variety of Mandalorian products so that you can fill the shelves of your business and satisfy your clients.

As a sequel to the famous Star Wars Saga, The Mandalorian and The child are undoubtedly the most popular cartoon characters in the recent years. In addition, these characters appeal to children and adults, a whole audience within our reach!

Now, one of the most famous superhero chracters! It was created long time ago, in 1962. In 2018, the world was amazed by the new Spiderman movie lead by Miles Morales, the new heir of the Spidey suit. Peter Parker is his mentor and with him, we are now meeting a lot of new and exciting Spideys: Spider-Gwen, Spider-Noir, Peni Parker and Peter Porker as Spider-Ham.

This year, the Spiderman fever will be more present than ever, with the upcoming 'No way home' movie, the last of the popular movies protaginized by Tom Holland.

Let´s talk about Avengers, the most loved superheroes o earth (and beyond). The last installment of Avengers series, Avengers: End Game, left us with a sense of void. The Disney+ Series about Vision and Scarlet Witch and Falcon and the Winter Soldier introduced us again to a new era of the MCU, and fans cant wait to be part of what is comming next.

Disney classics never go out of style, and are now more present than ever. We will see new Disney productions for everyone, like Aladdin, a movi,  featuring a live-action Will Smith as the Genie. Also, Dumbo, The Lion King, and much more!

2018 was the 90-year anniversary from Disney’s most famous and iconic couple, Mickey and Minnie, some of our favorite characters that will never go out of style.

After the huge success of the Harry Potter Saga, now we are fully involved in the world of Newt Scamander and his two installments: Fantastic Beasts and Where to find them and The Crimes of Grindelwald. The Harry Potter universe is amazing and just keeps expanding. Every year we are hoping to hear more about the adventures of the characters from J.K Rowling.

Chase, Marshall, Rocky, Rubble, Zuma, Everest, Skye, Tracker, Captain Turbot and Ryder were back in action in 2019 as the furry heroes of Adventure Bay. This Canadian kids’ show has been widely acclaimed thanks to the quality of its animation and the imaginative problem-solving skills of its four-legged cute characters.

The PJ Masks series is an international success on TV and digital platforms, is broadcast in more than 150 territories, and has become a global favourite. When night falls, they put on their pyjamas and activate the animal amulets that magically transform them into superheroes – Catboy, Owlette and Gekko, who together become the superhero team PJ Masks.

Friendship and teamwork, action and adventure, superheroes, imagination, humour are the most important values that are aimed to preschoolers, boys and girls aged between 2 - 5 years old.

Finally, we cannot forget some other unique characters such as Peppa Pig, a little pig with anthropomorphic features who lives with her little brother George and his parents: Mummy Pig and Daddy Pig. Its main setting is his home, where most of the plots of the episodes take place.

Also, among the most anticipated characters this year 2021 it is essential to mention the entire cast of Marvel's The Eternal. This new film will appear to blow away all the spectators, since with it we can live fascinating adventures with a new saga of characters that promise to live up to the best superheroes.

Every year is different and every year the favorite characters of your clients change. Some are more in demand than others and some become real hits.

At Cerdá, every year we reinvent ourselves and look for new ways to offer you the most popular cartoon characters so that your customers fall in love with your store and thus you can increase your income.

Therefore, if you are looking for the most popular cartoon characters for this year, you cannot miss the list that we have prepared for you.


As you can see, this year will be an exciting year for everyone regardless of your age. The possibilities are endless! Just remember that the Cerdá Group has everything you need from your favorite characters.

What is visual merchandising and why is it so important?

INCREASE YOUR SALES BY UP TO 30%

Data analytics for retail: learn how to measure your business correctly