ACDC, let there be rock. The most rebel products of the year 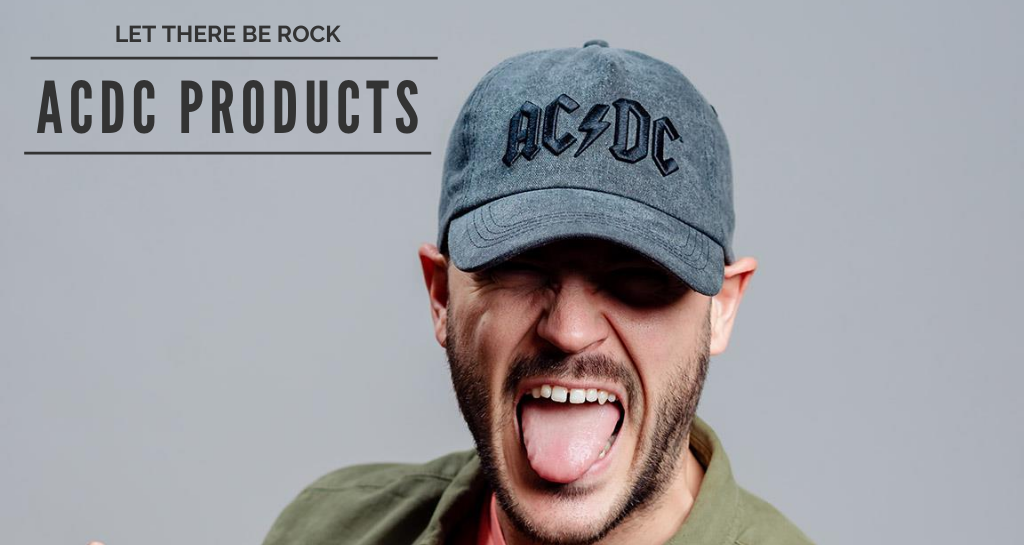 For those about to rock, we have ACDC products for you! When ACDC played covers of The Beatles and The Rolling Stones at Checkers Club in Sydney in 1973, no one thought it would become one of the greatest bands in the world.

By the way, the band's first single "Can I Sit Next to You Girl? / Rockin 'in the Parlor, released in April 1974 with Dave Evans on vocals, did not quite have the expected success. The group created by the brothers Malcolm and Angus Young and reinforced by Larry Van Kriedt and Colin Burgess blamed this failure on Evans who was then replaced by Bonn Scott. The new formation then recorded High Voltage, the first album on which the smoky and unique voice of Bon Scott and the legendary guitar riffs of the group blended perfectly.

However, ACDC was far from unanimous. In their songs, the group slanders women and talks about their alcoholic evenings. As a result, in many places it was frowned upon to wear ACDC T Shirts, and some concert halls refused to even host the band.

In the end, it all contributed to the success of ACDC and the band ended up playing everywhere. ACDC was still on tour, but they still managed to release the legendary album TNT, which contained even more rock masterpieces like "Dirty Deeds Done Dirt Cheap", "Let There Be Rock", "Powerage” and “Highway To Hell”.

If there is one group that alone symbolizes the essence of hard rock, it has to be ACDC! It is even the mastodon of hard rock and more generally one of the biggest names in Rock 'n' Roll music bands.  When it comes to clothes, the Angus Young band also acts as a heavyweight with a colossal number of fans wearing ACDC t-shirts in concert and on a daily basis.

Everyone, no matter how old we are, we get that little thug in us from time to time. Nostalgia for our sugarcane times and the memory of our adventures always accompany us, inevitably, with music, our music. And we love the idea of being able to wear your symbols on t-shirts, purses.

What better way to teach our children what real good music is! And that, for your store, is a golden opportunity to reach adult audiences. Give them what they are asking for and build customer loyalty!

The most rocking accessories

There is no better way for the fans to expresses their love of a band more than ACDC accessories. These often small items are purchased out of love and can go well with ACDC t-shirts.

If you know enough about your customer behavior, you will be able to use it in your retargeting strategies. For instance, if someone buys ACDC t-shirts, other ACDC accessories will be suggested such as pins, and patches or Caps for next summer.

These items are often cheap and adding them to the cart or purchasing them on the spot won't significantly affect the overall price of the purchases made by your clients.

Let there be rock with our new pajamas

If you are a rocker, wouldn’t you want to add the theme of your favorite band to every aspect in your life? I know I would, and your customers would too.

Are you going to deny your clients that whim? Check our website and offer in your store the long AC DC pajamas in black, with their letters on the top, or for women, in red and gray.

Be warm with ACDC Socks

What else could go with ACDC pajamas? Of course, ACDC socks. Everyone needs socks, and it wouldn’t hurt to add a theme to the products you sell.

If you offer different ACDC products in your store, ACDC socks will sell in a flash alongside ACDC accessories and shirts. The goal here is to offer your buyers all they might need when it comes to choosing products of their favorite bands.

At Cerdá we always search for the new trends to offer you the best products for each year and season. ACDC will hit this year and will help you increase your sales!

Relationship marketing: how to create lasting relationships with your customers

Summer essential accessories that can't be missing in your store. Discover them!

CERDÁ'S FOR FAN PETS LINE IS A HIT IN INTERZOO

Children’s Swimwear: Ready to Succeed in Sales This Summer?