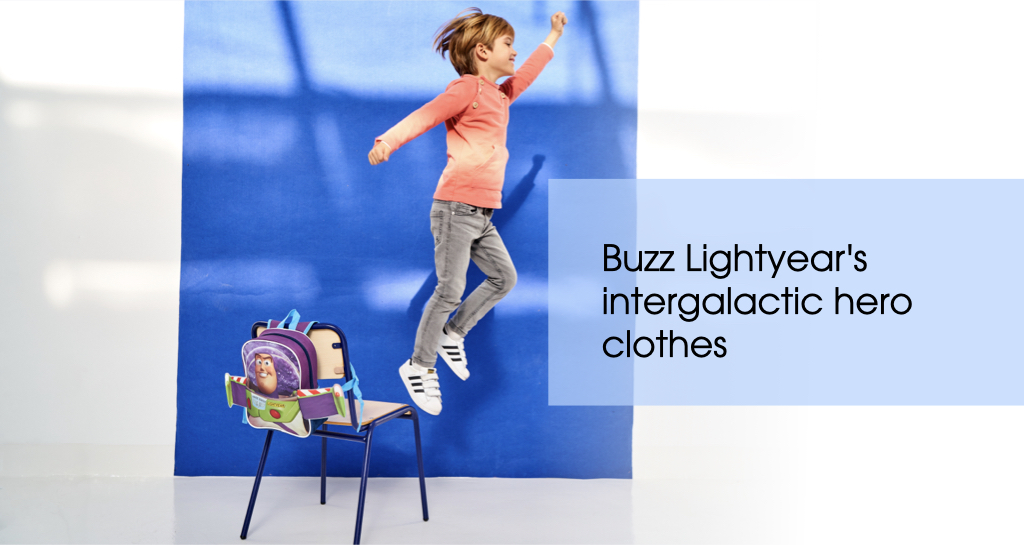 The return of Buzz Lightyear has been in style. This character that won us over in the nineties has returned 27 years later to tell us a story full of values, adventures and an epic soundtrack that Bowie fans will enjoy.

The film tells the story of the origins of Buzz Lightyear, the legendary space guardian. Did you know that the character's name was inspired by the astronaut Buzz Aldrin? The second astronaut of the Apollo 11 mission to set foot on the moon alongside Neil Armstrong.

When the epic story we all know, Toy Story, came to the big screen in 1995, Buzz Lightyear flew over Andy's room shouting his now legendary "to infinity and beyond". A phrase that has gone down in history as one of the most inspiring for young and old alike.

Toy Story was Pixar's first feature film. It was produced entirely by computer. For 81 minutes, viewers relive adventures with Andy and mythical toys from our childhood. Mr. Potato, Barbie, Tyrannosaurus Rex, the typical piggy bank or the slinky dog. The dog whose head is attached to the back by a spring which, in the purest MacGyver style, was part of the solution to Andy's adventures.

The film about a group of toys and a boy, Andy, who loves them, was a box-office hit because the story was told from an original and novel point of view, that of the toys. Woody, Andy's favourite toy, is a cowboy, the local sheriff. Friendly and sociable, he is the leader of the toys in the room until his world is shattered when Buzz Lightyear arrives on Andy's birthday. A space explorer who quickly becomes Andy's and the other toys' favourite. He comes with a spaceship, an on-board star diary, wings to fly, lights and even a laser. 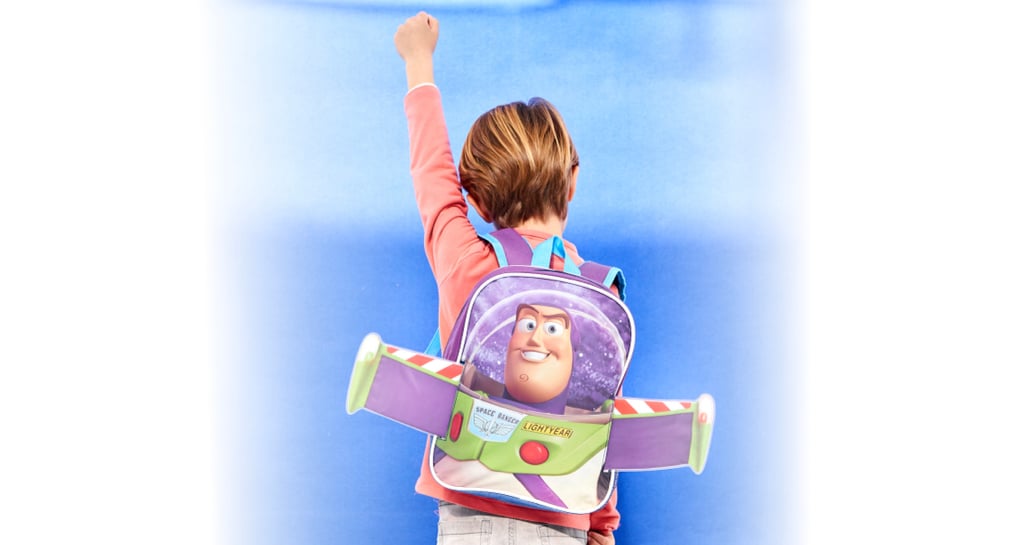 Twenty-seven years later, the story of this galactic adventurer, Buzz Lightyear, is coming to the big screen. Although he had already debuted previously, in 2000 with a two-dimensional animated series and film: Buzz Lightyear: Star Command (series) and Buzz Lightyear Star Command: The Adventure Begins, where fans of this character accompany Buzz in his process to become a Guardian of Space and fight against the evil Emperor Zurg, to save the universe.

The charisma, personality and above all the bravery and courage of this character makes him a character to bet on when choosing licensed products. In fact, Thinkway Toys, the company in charge of selling the first Buzz dolls, miscalculated his popularity and did not make enough to cover the demand for the 1995 Christmas campaign.

For this winter season, in Cerdá, we have incorporated the galactic hero in a multitude of designs. Garments such as pyjamas, sweatshirts, slippers, matching hats and gloves, trainers ... everything so that you can choose the best product for your customers and so you can respond to the demand of Buzz Lightyear fans.  Because nothing frustrates more than wanting something and not finding it. 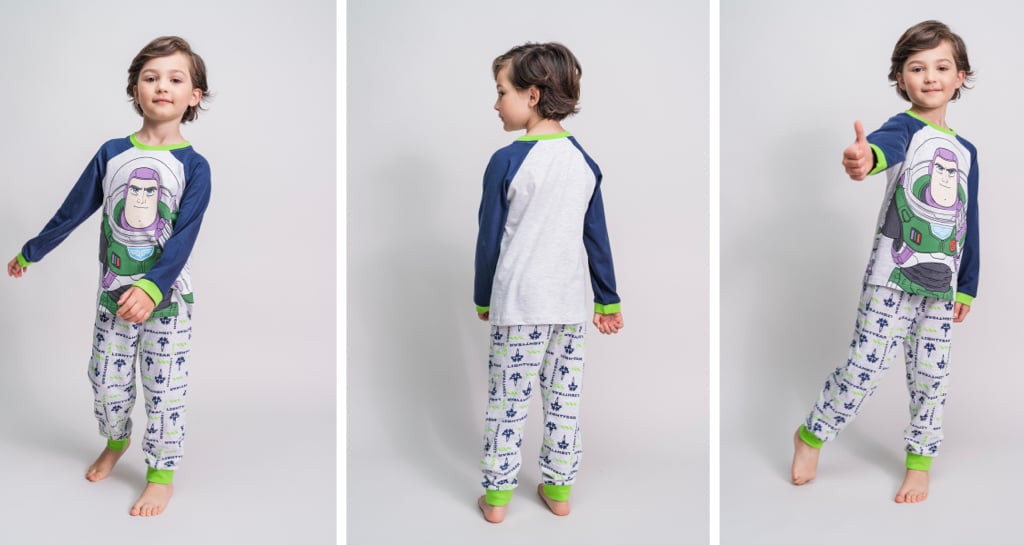 Buzz is so popular that in 2008 the original Buzz Lightyear figure even flew aboard Discovery, the space shuttle bound for the Space Station where he stayed for 6 months as part of NASA's Toys in Space programme.

Such is the influence and inspiration that this character transmits that he could not be missing from the Back To School 22 collection. Because going back to school can be a complicated time when it is best to be accompanied by a good friend, and Buzz is such a good friend.

Discover:  All you need to know about Back To School 22

The melody of There's a Friend in Me, composed by Randy Newman and Lyle Lovett for the original soundtrack of the first Toy Story film in 1995, remains etched in our memories.  It was nominated in 1996 for the Oscar and Golden Globe Awards for "Best Original Song".

Buzz Lightyear clothes for any occasion

Neutral colours with the iconic green of the intergalactic superhero in the background are the ideal combination for sweatshirts, pyjamas and trainers.

Combining trendy elements such as vibrant coloured cuffs and collars on designs where the character is the main focus with an all-over body area are trendy in the Buzz Lightyear collection. The single jersey pyjamas or the cotton hooded sweatshirt are products conceived and designed especially for girls and boys from 3 to 7 years old that you can't miss in your shop. 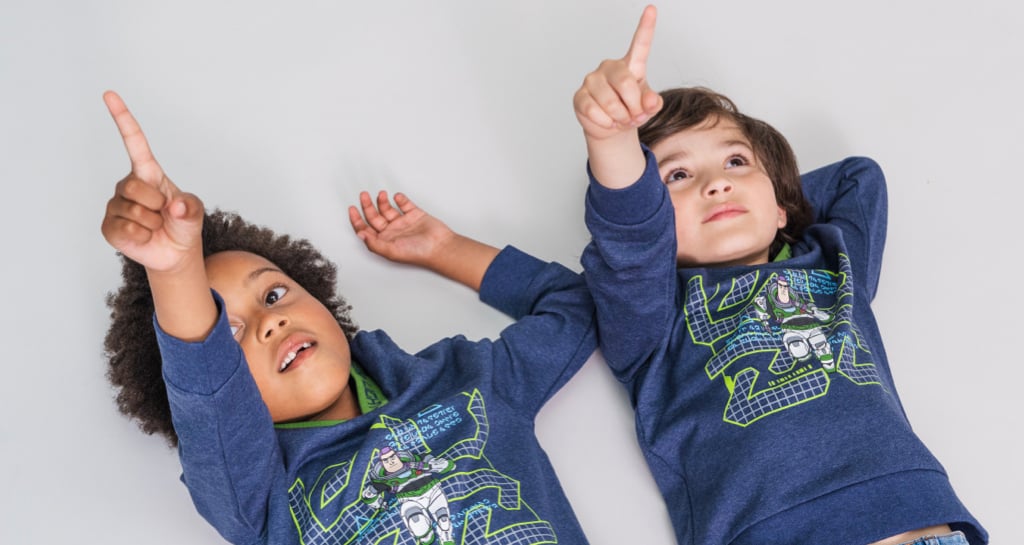 Don't let the cold weather stop your little ones from playing. We've developed this two-piece glove and hat set made from microvelvet so it doesn't itch or get in the way and protects from the cold at the same time. The street is undoubtedly the place where there's the most action, so we've created these light-soled trainers with lights to propel the imagination and excitement of childhood with every step. An age when 100% licensed products like these Buzz Lightyear products are so much more than just products.

Read more: You can't sell what you can't see. Make the most of the space in your shop

And to continue with the adventures indoors, Cerdá has designed these very soft and warm slippers for walking around the house. With an elastic rubber in the heel to guarantee greater adaptability of the foot, we avoid losing the slipper when walking, running or playing. In addition, the injected TPR sole is slip-resistant, ensuring every step.

To infinity and beyond!

Prepare your stock for happy and satisfied customers with these Buzz Lightyear products. And let the winter campaign with the Back to Essentials collection take your business to infinity and beyond! Offering your customers products that combine leisure, relaxation and play with an urban, casual and fun design.

Wholesale T-shirts: characters for all ages