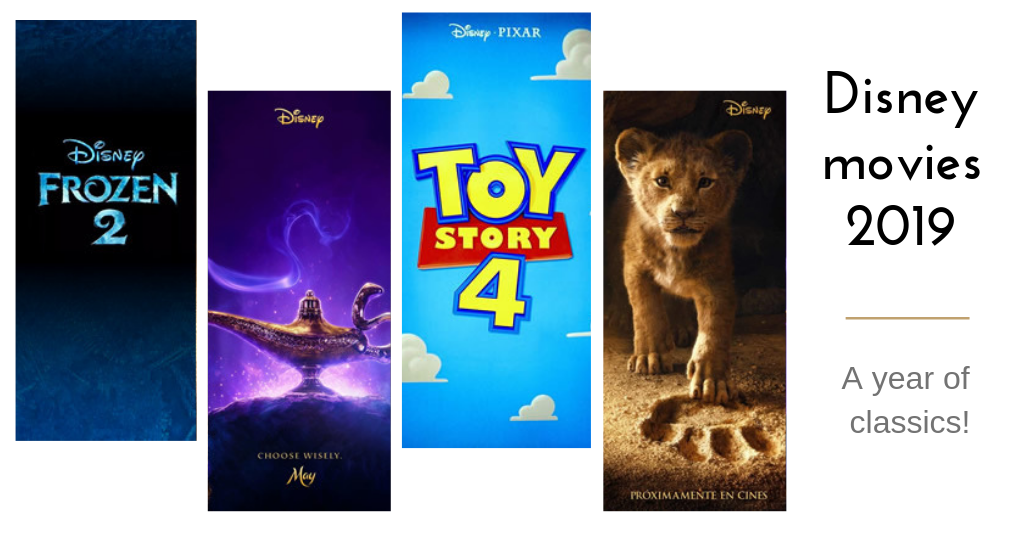 For this article, we will review some the new Live Action movies adapted from Disney classics that will see the light on 2019.

The first Dumbo movie came out in 1941 and since then, we have been fascinated with the adventures of Dumbo., a cute baby elephant born in a circus with a pair of huge ears (and an even bigger heart). At first, everyone makes fun of him, but with a little magic and faith on himself, now he can fly anywhere with his big, big elephant ears. This remake was possible thanks to the unique and experienced vision of director Tim Burton, along with some touching performances from Colin Farrell, Eva Green, Michael Keaton, and Danny DeVito.

Aladdin is a story based on a beautiful tale taken from the “One Thousand and One Nights”. Now, we are following Aladdin, a charming thief Aladdin who finds a magical lamp with an extraordinaire blue genie (played by Will Smith) who can grant any wish you can think of. This movie will guarantee some serious laughs while we see Aladdin trying to captivate the heart of Princess Jasmine, in a Live Action production full of dances, color, and so much fun!

Woody, Buzz and the rest of the gang are back for new adventures in the latest installment of the Toy Story Series. Now, we have a new friend named Forky as the best friend of Bonnie, so the toy’s mission is to protect him at all costs. We are embarking on a new journey featuring Bo, who returns to the series as a fierce and brave empowered woman, who is coming to Woody’s rescue this time.

As a personal favorite, The Lion King is one of those movies that stays in the heart of its viewers. The story tells the adventures of Simba, the kingdom’s rightful heir, and his journey to reclaim the throne, along with his best friends Nala, Timon and Pumba. With an incredible animation, amazing voice performances from Donald Glover, Beyoncé, James Earl Jones and Seth Rogen, The Lion King is one of the most awaited movies from 2019.

Angelina Jolie and Elle Fanning will once again star in the story, which this time will also feature Michelle Pfeiffer, Harris Dickinson, Chitwetel Ejiofor, Ed Skrein and Robert Lindsay. A fantasy adventure that emerged some years after 'Maleficent', in which the public discovered the events that hardened the heart of Disney's most famous villain and made her curse the baby princess Aurora. 'Maleficent 2’ continues to explore the complex relationship between the fairy with horns and the future Queen, as they form new alliances and face new adversaries in their fight to protect the moors and the magical creatures that reside there.

Last February, the trailer for the second part of one of the most successful Disney franchises was released. We are talking about Frozen 2. Back in 2013, the movie attracted children and grown-ups equally thanks to its colorful animation, its lovable characters, its amazing story and the famous song “Let it go”, part of its original soundtrack performed by singer Idina Menzel. In just 24 hours, the trailer obtained over 116 million views in the official Facebook, Youtube, Twitter, and Instagram Disney platforms.

This year, we will live again the adventures of Elsa, Anna, Kristoff, Sven, and Olaf when a new threat endangers the peace of Arendelle, while we learn a little bit more about the origins of Queen Elsa.

Disney has also announced new Live Action remakes of movies like Mulan, Lilo & Stitch,  Cruella de Vil, Lady and the Tramp and Snow White, meaning that we still have a lot of new amazing releases for the following years.

The Cerdá Group is a manufacturer, distributor, and wholesaler of official Disney licensed products so you can have only the best items in your store for your clients. Having Disney products will ensure great profits for your business. Don’t forget to take a look at our products section and start selling official licensed clothing lines, backpacks and so many more!

8 essential back to school wholesale clothing

Key factors of the licensing sector this year 2021

Sunglasses for children and parents. Super heroes? Yes they are!

Novelties in cerdá: The most funny kids underwear collection is here!