Prepare your store for Disney premieres of 2021 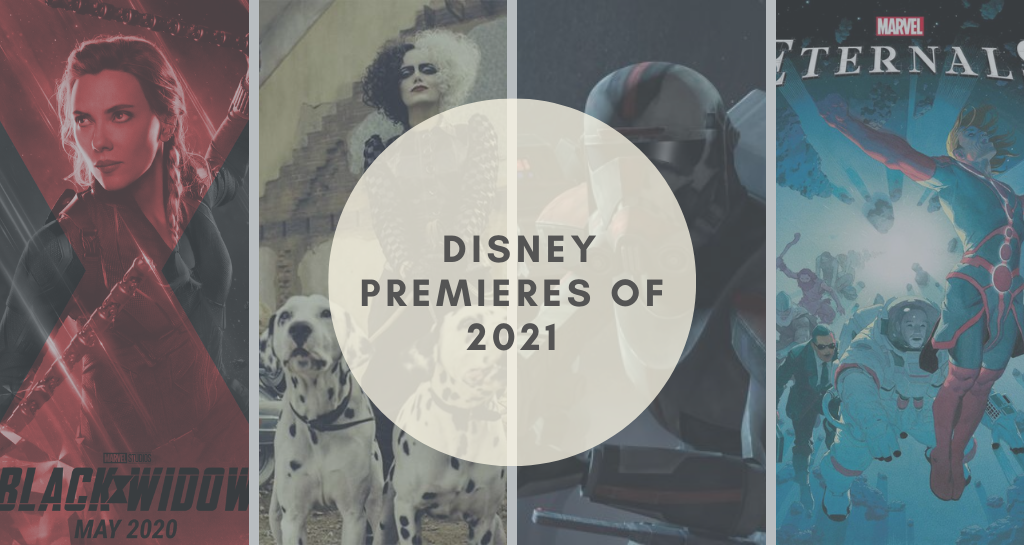 Are you interested in knowing the next titles that Disney will launch in 2021? Stay with us and keep reading this article:

Due to all the premiere delays due to the pandemic in 2020, this year is full of incredible premieres. Disney movies and therefore the characters that will be in fashion this year have to be in your store and you cannot miss them.

Black Widow, the most expected premiere

Many Avengers fans suffered from the sacrifice of the character "Natasha Romanoff," aka Black Widow. Still, Marvel had a surprise prepared for them, and it is a movie only for her as the main protagonist.

This film consists of Natasha having to face her past, and it takes place in Budapest. She was a notable member of avengers, and this film will stimulate demand for all the products of this group of superheroes.

One of the world's best-known villains is back. Cruella de Vil will be the new protagonist of the real spin off of 101 dalmatians. It will premiere on May 28 and the expectation is maximum!

At the moment, Disney has not clarified too much about the argument of 'Cruella', leaving the question of whether the story is located before or after the events narrated in '101 Dalmatians'. It is known that the action takes place during the 70s and in the image three of that breed of dogs appear. There will be time to give more details, although everything points to a story about its origins.

It will be a success!

The Eternals are characters created by Jack Kirby in 1976 by Marvel. Its origin dates back to the beginning of life on Earth. Then the Celestials visited our planet, an alien race that was sowing life in multiple places in the galaxy.

Great actors will be part of this cast such as angelina jolie, richard madden or Lauren Ridloff. The premiere will be on November 5. We know there is a lot left for that big day, but you will have to prepare your store with the products of the next season! Discover all the marvel accessories and products that we have in our catalog.

One of the most important sagas and series in history has been Star Wars with more than eight films. Following the clone war, the revenge of the sith, and the army's disintegration, a group of these enhanced clones will find their way across the galaxy, undertaking mercenary missions.

In other words, it's a sequel to the clone wars, and this will increase the demand for all Star Wars items much more.

The multiverse theory has reached the MCU (Marvel Cinematic Universe) and consists of different versions of the world where things could happen differently. It is the concept of this new Marvel series "What If ...?",  where Uatu will narrate the chapters of the series. Each chapter is a fraction of some important event, but it happens differently; hence the name "What If ...?"

We are talking about Marvel, and all the products of these characters have a large market that can be covered. Many like marvel, children, youth, or adults, and all the new releases will be the best.

Without a doubt, Avenger products will not be missing in your store with this great premiere that will take place in May on Disney +.

More premieres that will take place this 2021

Without a doubt, this year will be known for the number of new Disney premieres that we will have throughout the year. Series and movies both real and animated that will make your customers go crazy and want to have the best accessories of their favorite heroes and characters.

Luca, the animated film that will be released on June 18, an adventure set in the Italian Riviera or the new Star Wars series, The book of Boba Fett that can be seen on screens at the end of the year, and that will not leave fans indifferently.

Why should you know what the next releases are?

Our duty at Cerdá is to predict opportunities and take advantage of them. In this case, the next releases in 2021 will be the best opportunity for stores to sell products with designs of these characters. If you still don't know why you should check out the upcoming releases, here are the advantages:

Are you now convinced that you need to be up to date with all the releases of the year? Do not be left behind, choose the products of the characters that will have the most demand this year. They will triumph in your store!

How to convert more with email marketing?

Ideas to decorate your store showcase for this summer season

INCREASE YOUR SALES BY UP TO 30%