Enjoy with the best characters with disney+ 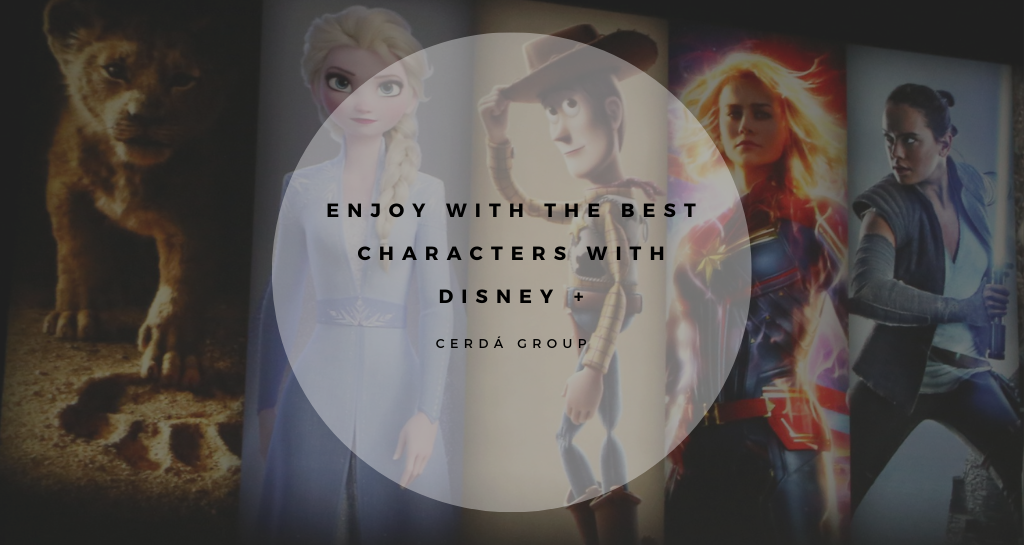 We know that yes, because Disney is a part of our childhood that accompanies us to our old age and Disney + came to cheer you on with a streaming in which you will want to be part of.

Every day more users join this streaming service thanks to the popularity that the brand has created during its career. In fact, from its beginnings, it was a pioneer of animation and the reason that an entire family sat together to watch a movie. It means that the company compiled many generations throughout its years, from Boomers, Millenials, Geeks, to Generation Y.

This service has in its possession more than 500 movies and 300 series that includes Pixar, the Marvel Universe, Fox, National Geographic, and the Lucasfilm catalog with Stars Wars. The phenomenon is because with that, we can watch our magicals and favorites audiovisuals of our childhood, including the new stories of our characters.

What can we watch at Disney Plus?

The question should be, what can't we watch? Because Disney + has more than 50 classics of best disney characters of the brand that will take you months to complete such as Dumbo, The Lion King, Toy Story, The Lady and the Tramp, Fantasy 2000, the different stories of love and bravery of the princesses and more. Also, the classics we know from Lucasfilm, Star Wars and Indiana Jones.

They also have the famous series such as Hannah Montana, Recreo, That´s So Raven, and originals of the brand like High School Musical, a modern version of the successful franchise. Besides, some new ones that continue the stories of space and force, The Mandalorian and Clone Wars; the best news for the Kidults.

By last, we must highlight that the superheroes will also have a space to share original unmissable series inspired by comics such as Falcon and The Winter Soldier, and as a bonus, The Simpson series because, as we mentioned at the beginning, Fox is also part of the platform. It is a service loaded with a lot of nostalgia, sentimentality, and emotion for almost all people; you should give it a chance.

And if we provide you some advice to start on the platform, you may begin with a film that you have seen as children and with a family atmosphere like Toy Story, then let the little boys watch movies like Cars or the famous Disney mice, while you introduce to the little girls to the world of princesses, including Elsa and Anna from Frozen 2, because yes, the movie is now available on the platform!

But most importantly, the Marvel Universe, because superheroes make children grow up with the idea that they are strong and invincible. They inspire confidence in themselves and encourage teamwork, which improves their school life.

Finally, other movie to remember and watch together as a family is The Lion King because they are fun and give essential messages about togetherness and love. Those values ​​are crucial during the growth of children because when they grow up, they will be the mirror of what a parent taught them.

Cerdá as a pioneer in Disney products

With more than 40 years of experience in Disney licensed products, we are fortunate to have the brand's favorite characters in our inventory and be the first to get the new accessories of Mickey and Minnie, Dumbo, Frozen, Tangled, Cars, the princesses and the villains. Even characters from the youth series of the moment like Bia and I'm Luna.

Nowadays, superheroes of Marvel are from Disney, and we have the best of them: Captain Marvel, Captain America, Iron Man, The Incredible Hulk, The Amazing Spider-man, and the god of lightning, better known as Thor.

Also, as we know, Disney has in its possession the Star Wars franchise too, and for that reason, we have products of it and new ones from The Mandalorian. We know we promised it, and here we have them. It is the most viewed fiction since its premiere because it shows us a whole new story, a new scenario similar to the Western, new weapons such as blasters, and new characters that make us fall in love like the The child, also called “Baby Yoda” and the bounty hunter.

Are you ready to watch them? Know you can have double fun with Disney + and the products of Cerdá.

Tips on how to face the coronavirus crisis in your business

Mickey mouse wholesale: products and accessories to increase your profits

Minnie Mouse accessories for all ages, discover them!